While I was growing up on Auskerry I often wished I had a plane or helicopter to make it easier to get to the mainland. A few years ago a friend of mine who is a qualified pilot managed to land and more importantly take off again in his two seat Zenair 710 aircraft. This type of plane is so small and light it is actually classed as a microlight and only has room for two people. It’s pretty cosy! 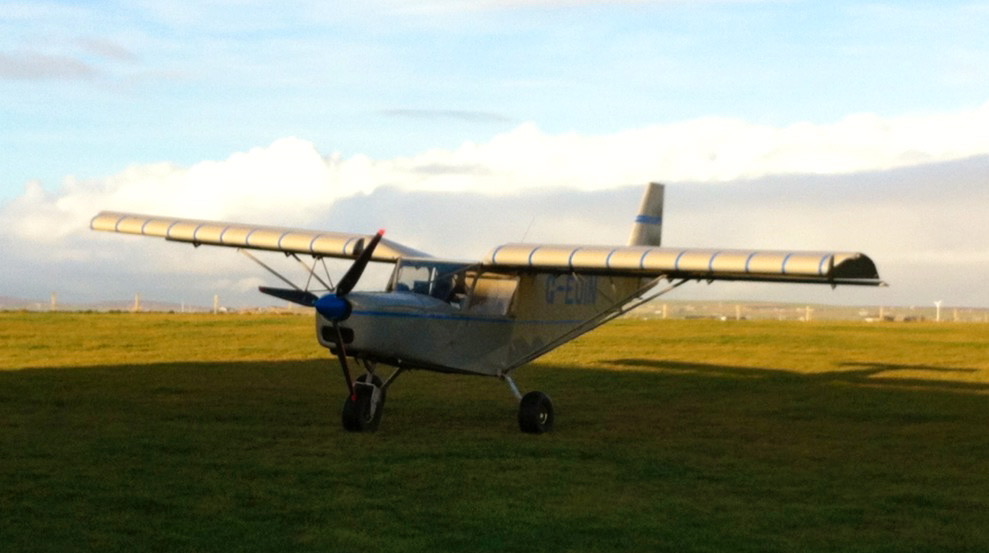 It was the second landing made on the island by a pilot in a fixed wing aircraft after a young Canadian named Donald Franco crash landed there during a storm in 1943. He had run out of fuel while on a night time training flight in a twin engined Oxford trainer and Auskerry was the only piece of land he could find to land on. Don’s was a much bigger aircraft and due to the landing being made with the wheels retracted, the props were badly bent. The pilot, Don Franko went on to fly many successful bombing missions in WW2 and he survived the war. He later came to stay with us on Auskerry with his wife and daughter.

The pilot who made the successful landing and takeoff, Tommy Sinclair had previously taken me up for a flight in the aircraft when I was at home in Orkney and he’d explained to me then what he hoped to do. I agreed to show him where the best potential landing site is on the island so we flew out to Auskerry and did a couple of low fly pasts to have a look at the field which I had identified. The pictures below show our approach from a SSW direction and just how close we came to landing that day in December 2012. 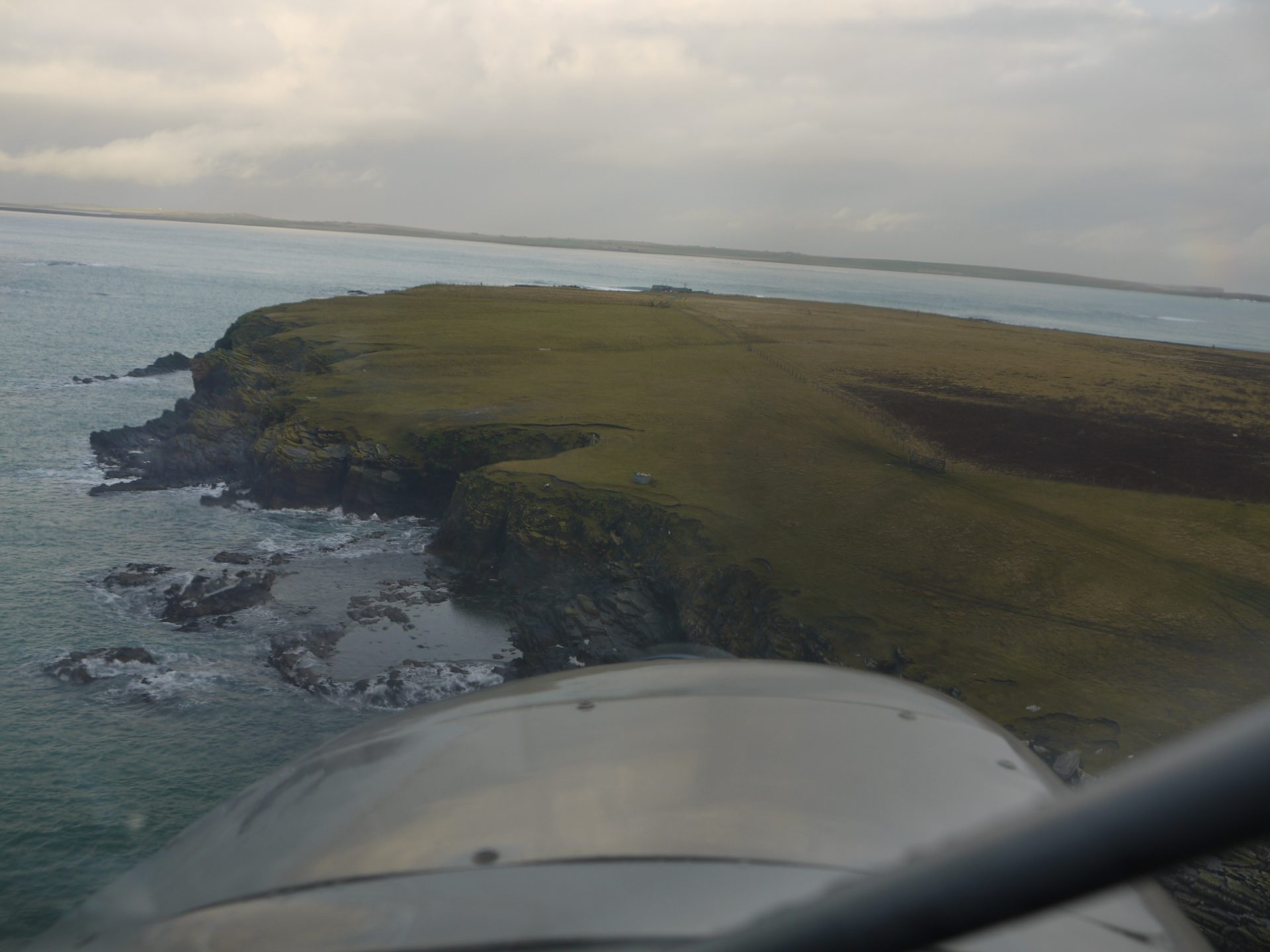 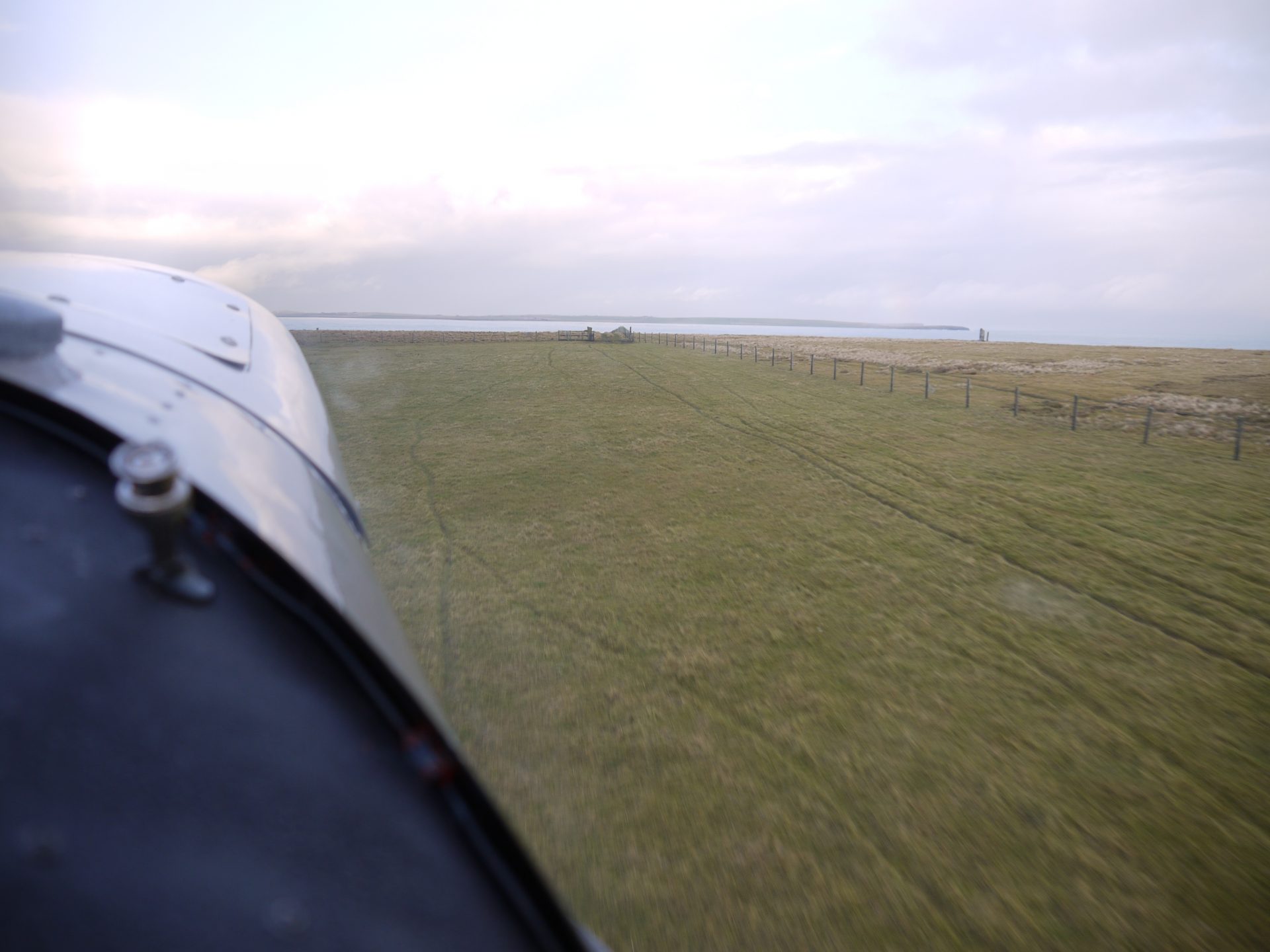 Tommy returned to Auskerry with another friend of his in March 2013 to attempt a landing and takeoff. The weather was perfect and they were able to shut the plane down on the island and go for a walk. After taking a couple of pictures to prove that they had managed to touch down on the island they flew back to the Lamb Holm air strip in South Ronaldsay, where Tommy keeps his aeroplane. 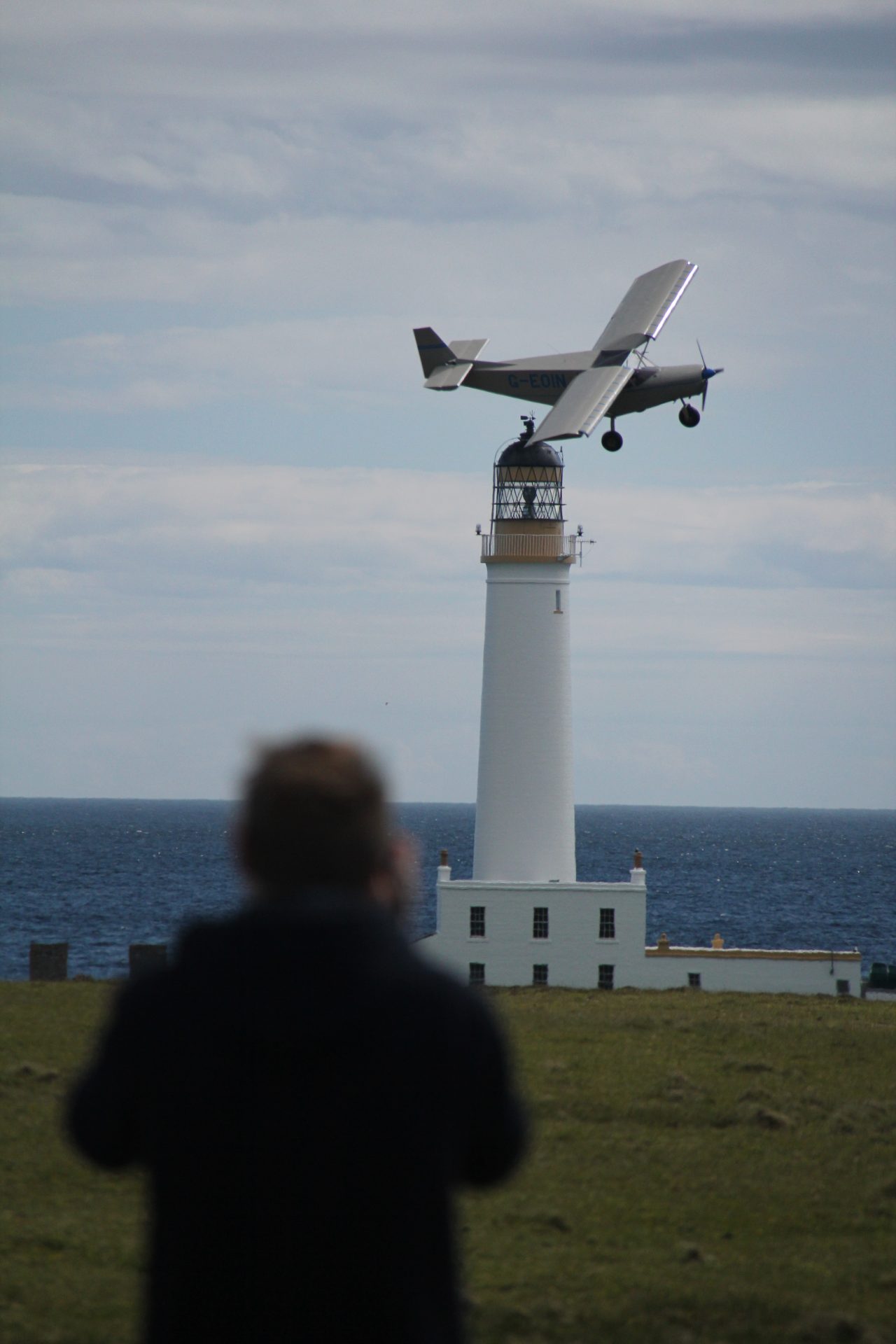 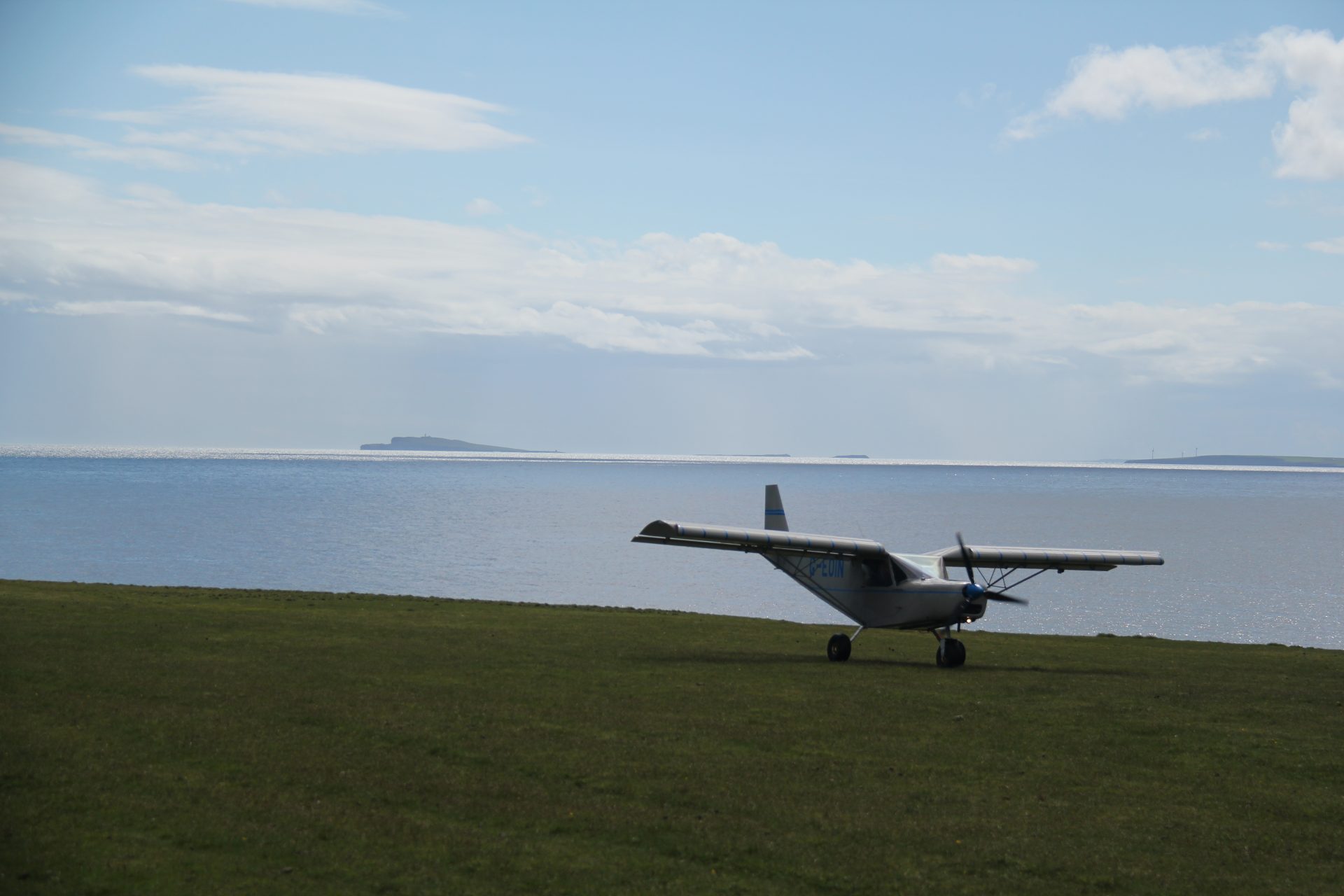 I spent a large part of my childhood watching the Northern Lighthouse Board helicopter as it flew men and equipment to and from Auskerry during periods of maintenance on the Lighthouse Tower. I’d often wondered if a fixed wing aircraft would ever be able to come and go from the island. Perhaps I should think about setting up a scheduled air service to attract more visitors…