I have been in love with aviation – especially helicopters – since I was about six years old. When I left school I wasn’t able to join the military for various reasons (one of which was they said I was too tall!) I didn’t have the money to finance training myself so I followed my other passion – radio. It was during my time working as a Studio Director at BBC Radio 5 live that I decided to look again at getting a pilot’s licence.

In 2016 I signed up with Mainair flying school at Manchester Barton airfield to train for a NPPL (M) on the EV-97 Eurostar microlight. After getting my licence I had so much fun exploring the North of England and sharing the flying experience with friends and family and felt content that I could now call myself a pilot. Then in the summer of 2019 I saw an advert for a new integrated commercial helicopter course starting at Leicester airfield.

With the support of my wonderful wife Lizi, I accepted a place, handed in my resignation at the BBC and moved to Leicestershire in the space of a month!

I began training for the multi-engine instrument rating and type rating on the Agusta 109s helicopter in early 2022. It was a tough course, but I really enjoyed the challenge and was absolutely delighted to be offered a job just a few days after completion. 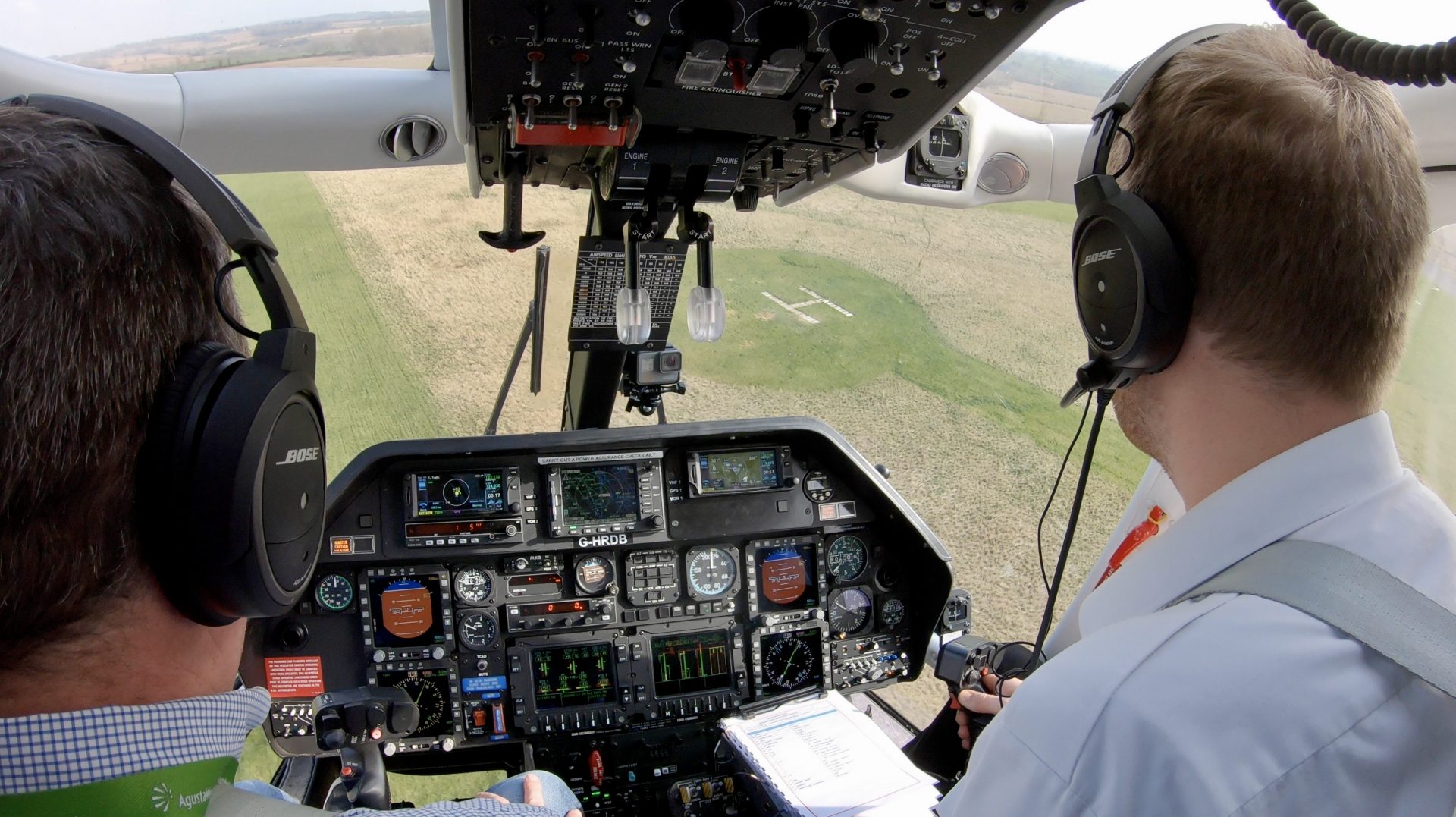 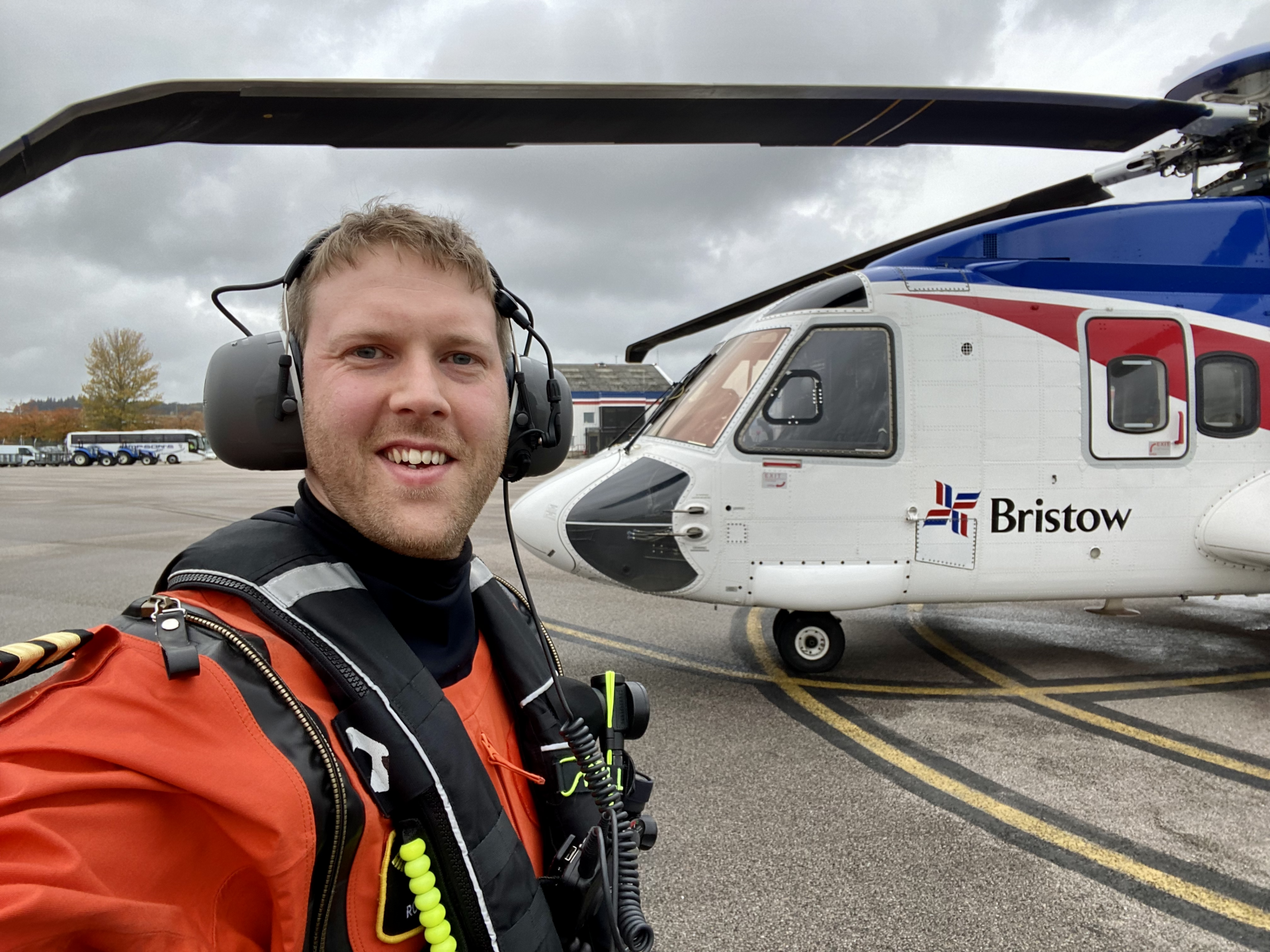 I joined Bristow Helicopters in May 2022 as a copilot on the S92, flying oil and gas workers to rigs in the North Sea. I’m based in Aberdeen but spend some time in Shetland flying out of Sumburgh. The S92 is a twin engine machine made by Sikorsky. It has 19 passenger seats, two pilots and a maximum takeoff weight of around 12 tonnes. A very capable machine! 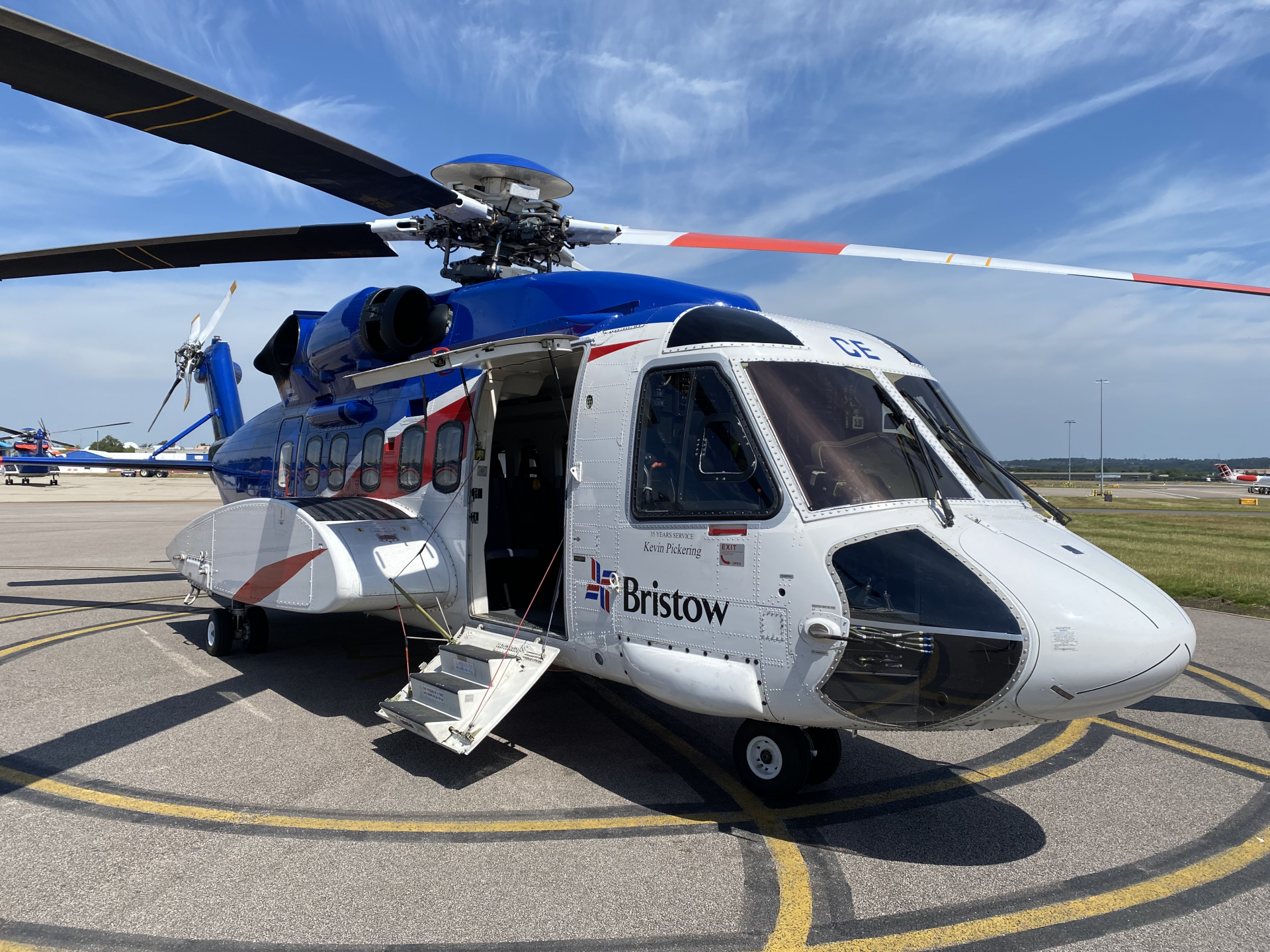 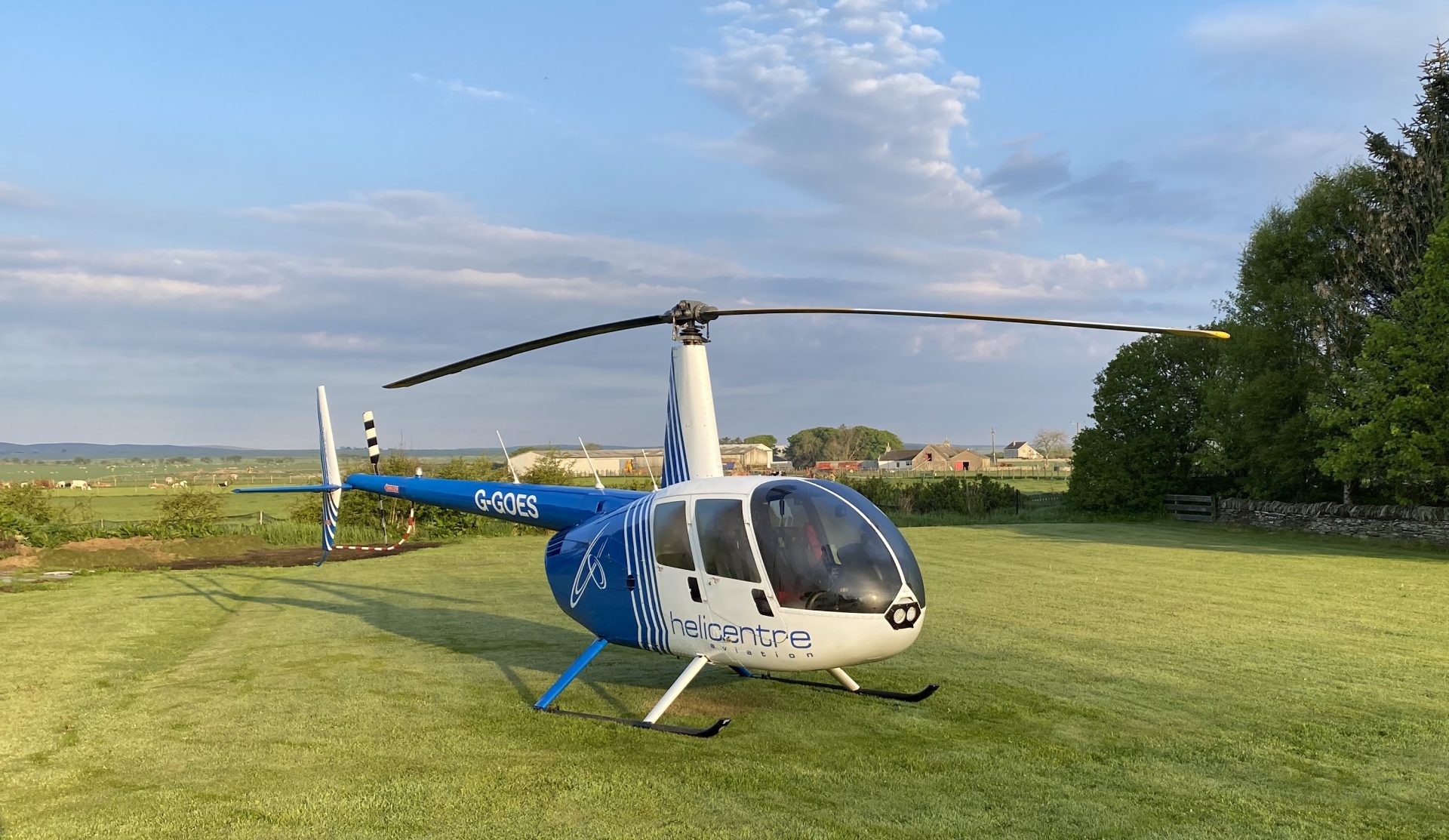 This is a world famous type of helicopter. The Robinson R44 Raven 2 has a six cylinder piston engine. It can carry 4 people, cruise at 110 kts and is easy to fly. I was slightly put off by the T-bar cyclic control when I first had a go but I quickly grew to love them.

This is the first aircraft I learned to fly. It’s an EV-97 Eurostar made by Evektor and it has an 80 hp Rotax engine burning unleaded petrol. I will never forget being sent off for my first solo in this small but mighty plane. 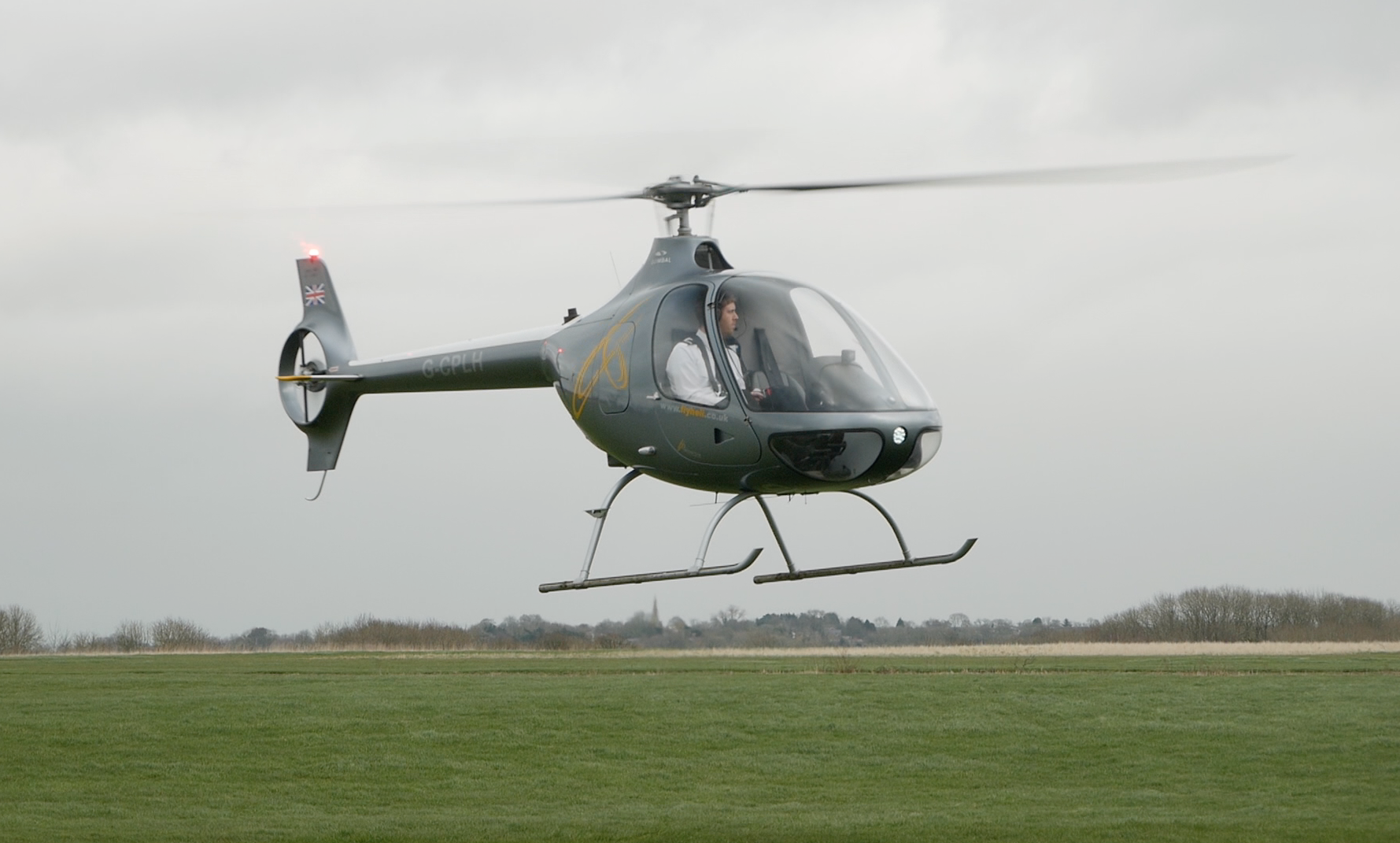 I learned to fly in these beautiful Guimbal Cabri G2 helicopters. They have a 160 hp Lycoming engine and cruise at about 80 kts. They are a modern, well equipped and remarkably stable training platform. They may be small, but I love them!

After gaining some experience flying in the Eurostar, I did a few hours of extra training to get checked out on the Ikarus C42. It has the same engine as the Eurostar but the cockpit is arranged a little differently. It’s a very comfortable touring aircraft. 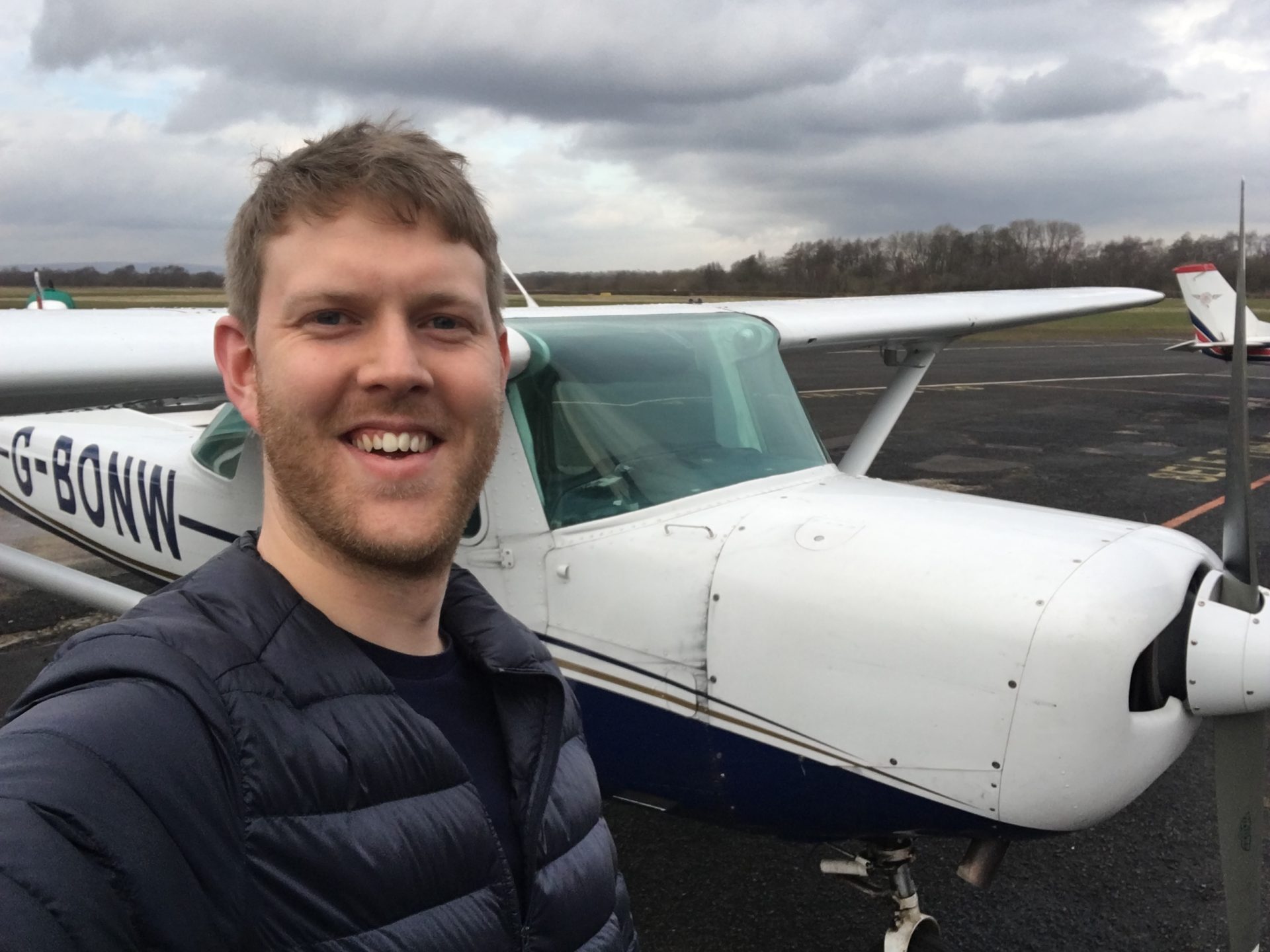 A year or so after getting my NPPL(M) I decided to do some extra training on a Cessna 152 to gain a LAPL(A). This will make it easier for me to gain a full fixed wing PPL in the future. 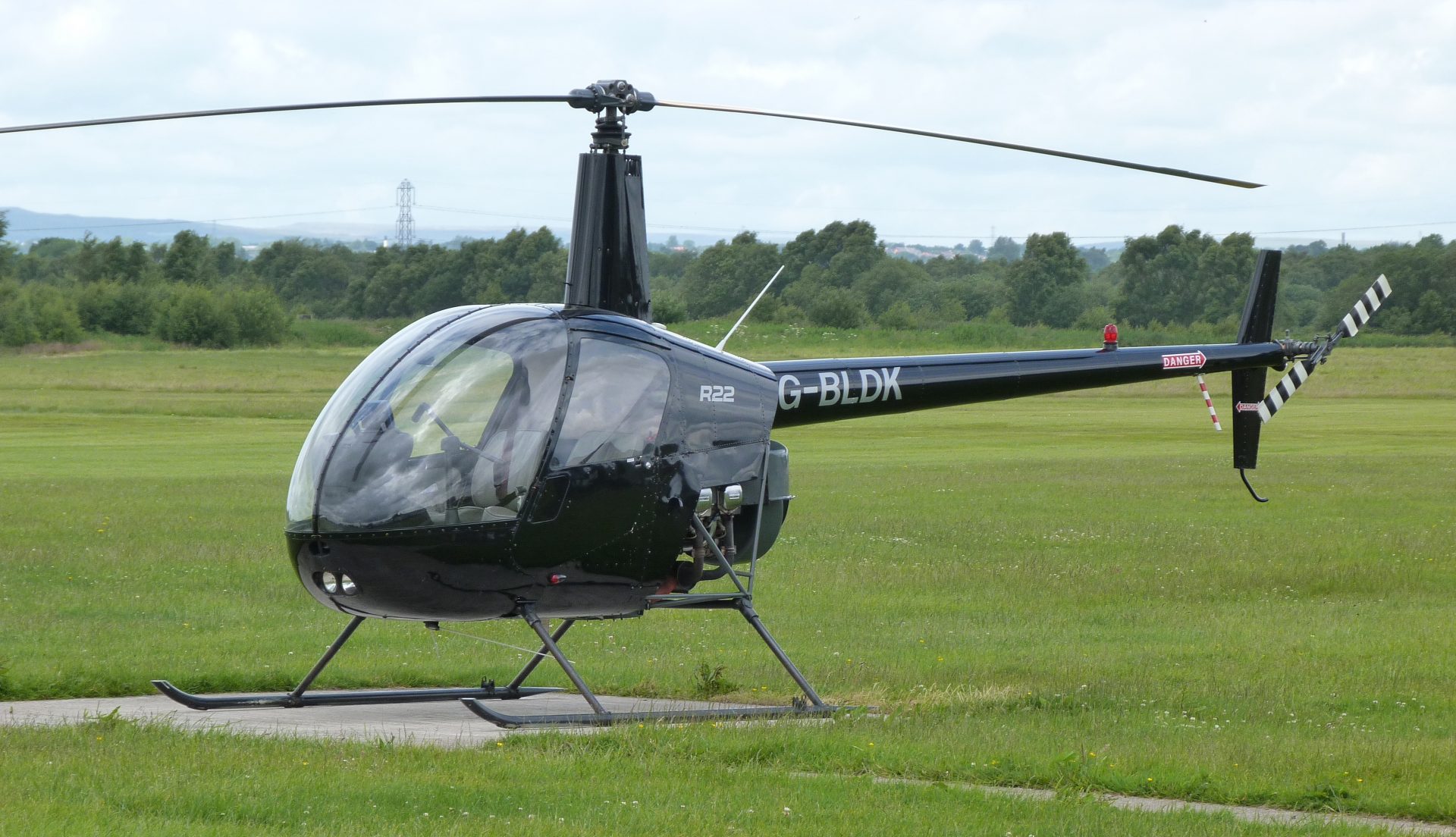 My first hands on experience with a helicopter was in a Robinson R22 helicopter from Barton airfield back in 2013. I didn’t have another go in a helicopter until years later, when I started training for a CPL(H) at Leicester airfield in 2019.

this is where it all started

This is the first helicopter I remember seeing up close, when I was around six years old. It’s a Bolkow BO-105 and it was used by the Northern Lighthouse Board to transport workers, supplies and equipment from their ship to the various lighthouses around the Scottish coast. I grew up on Auskerry, a small remote island in Orkney with my parents and two younger brothers. We were the only people on the island for most of the year.

It’s hard to describe the sheer excitement when the NLB arrived with the helicopter. I mean look at it! It’s bright red, shiny and noisy. It smells of jet fuel, it can hover, lift big loads and the pilots wore cool flight suits covered in loads of pockets and badges. I was in awe of it and decided then and there I wanted to be a helicopter pilot. It’s taken me over 25 years, but I’m delighted to tell you that I’m now officially a commercial helicopter pilot!