I was around six years old when the aviation bug bit me. You’d hear it first. The unmistakable sound of slapping rotor blades and twin turbine whistle. Then you’d catch a flash of red – it’s no coincidence that red is my favourite colour. When it arrived overhead the noise and the downwash from the rotors was overwhelming to me as a boy. I could barely stand up against the force of the wind it created. I remember catching the smell of jet fuel as the helicopter landed in front of me. The pilots always looked so cool, relaxed and in control. I couldn’t believe they could climb out of such a magnificent machine so nonchalantly, as if they had just been out for a walk. This helicopter was hands down the most amazing, exciting and slightly scary thing I’d ever seen. 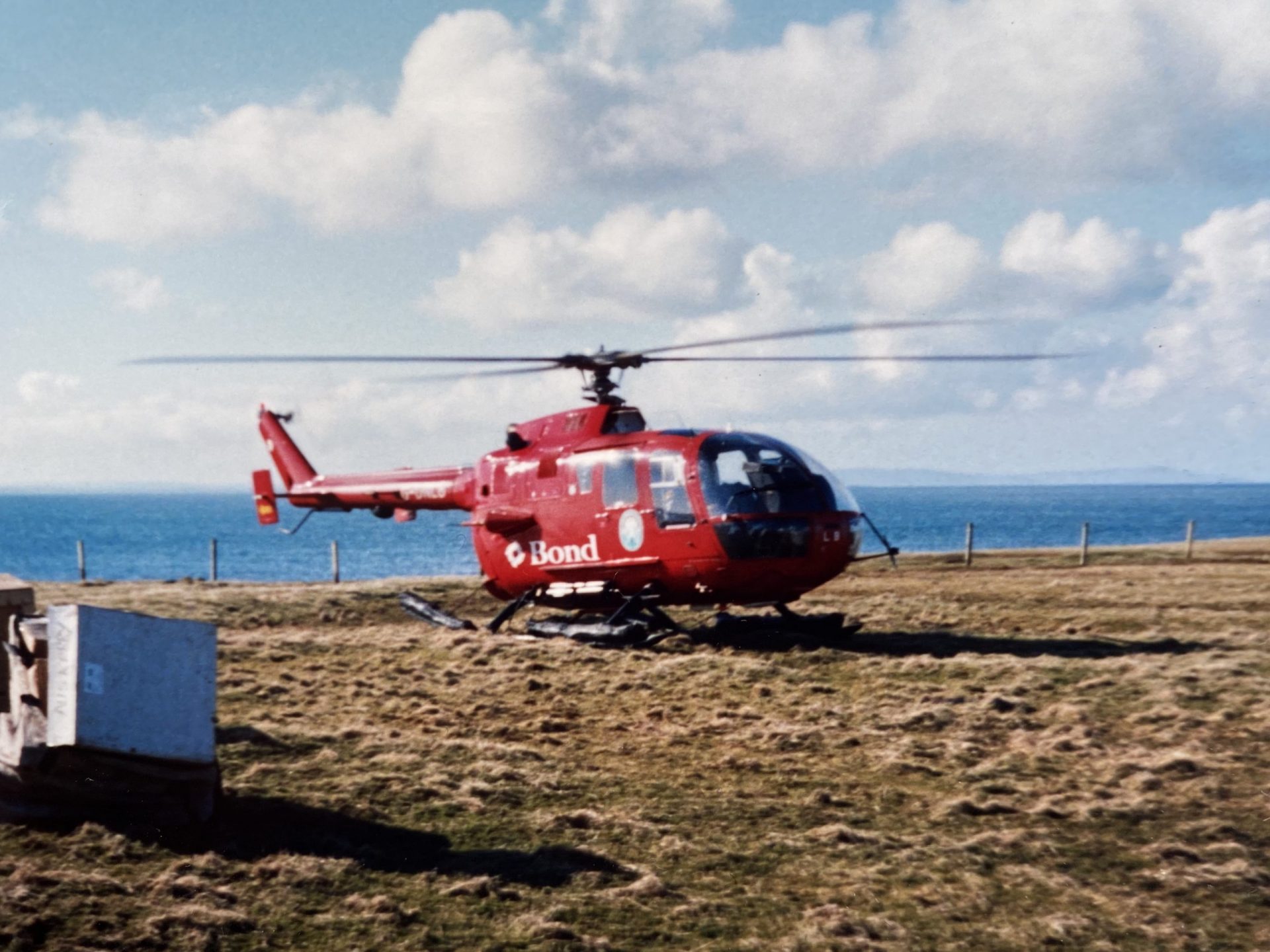 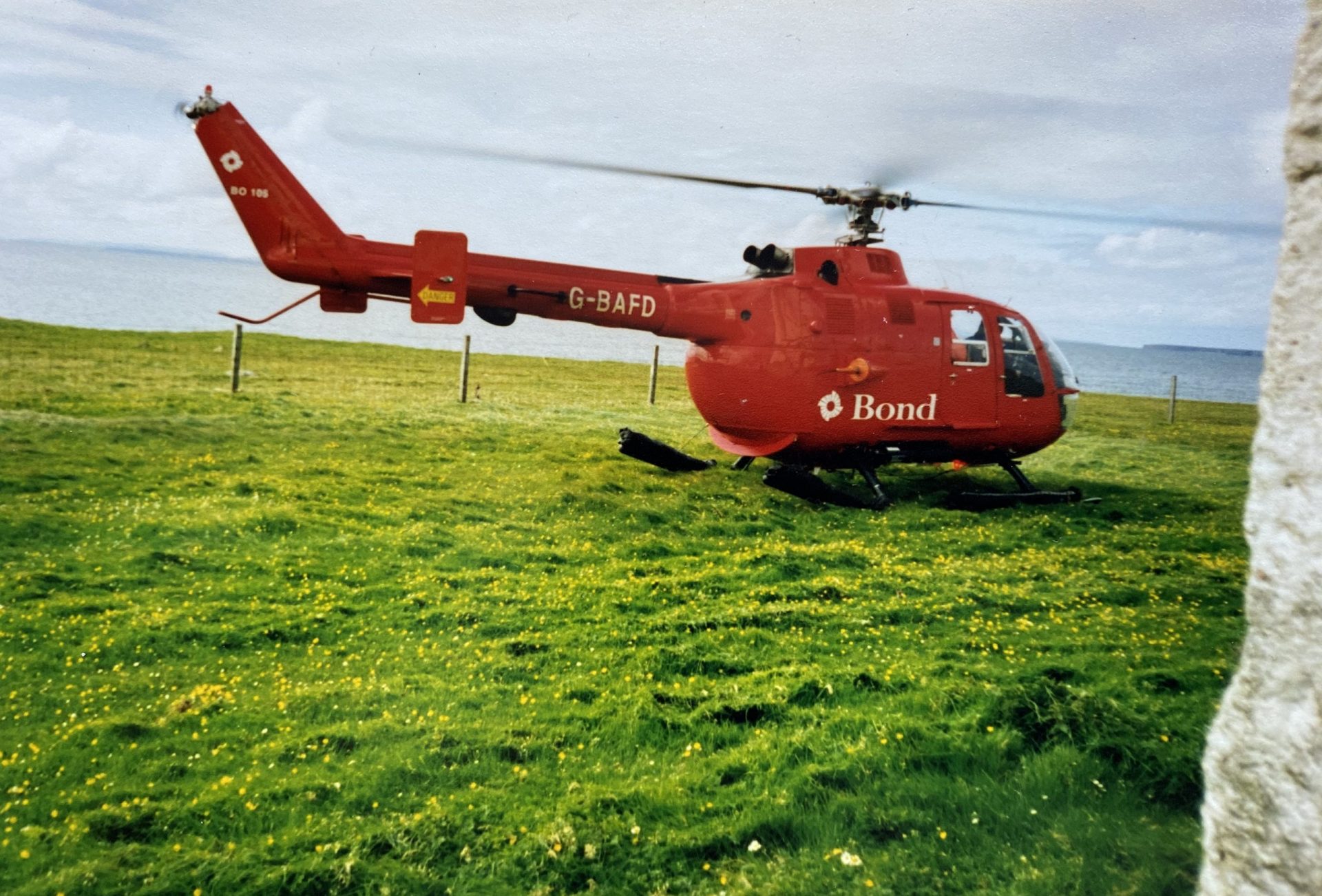 I grew up on a small remote island in Orkney, off the Northern tip of mainland Scotland. The island is called Auskerry and my parents decided to name my brothers and I after it. My wife Lizi has taken the name too so there are now four ‘Auskeries’ in the world.

The island isn’t very big at just 250 acres. It’s about three quarters of a mile long and half a mile wide. It has a 110 foot tall lighthouse at the Southern end, built between 1864 and 1866 by the engineers David and Thomas Stevenson. Two families of lighthouse keepers used to live on the island, in two flats connected to the tower. They left when the lighthouse was eventually automated in 1961. Since then the Northern Lighthouse Board have had to maintain the lighthouse through regular visits by a light keeper who would arrive by boat from the Orkney mainland. For larger scale jobs, like replacing the gas cylinders that used to power the light and repainting the tower, they would bring men and supplies ashore by helicopter from a ship moored about quarter of a mile off the island. It was for these jobs that the NLB would draft in this Bolkow BO-105, operated at the time by Bond Helicopters. 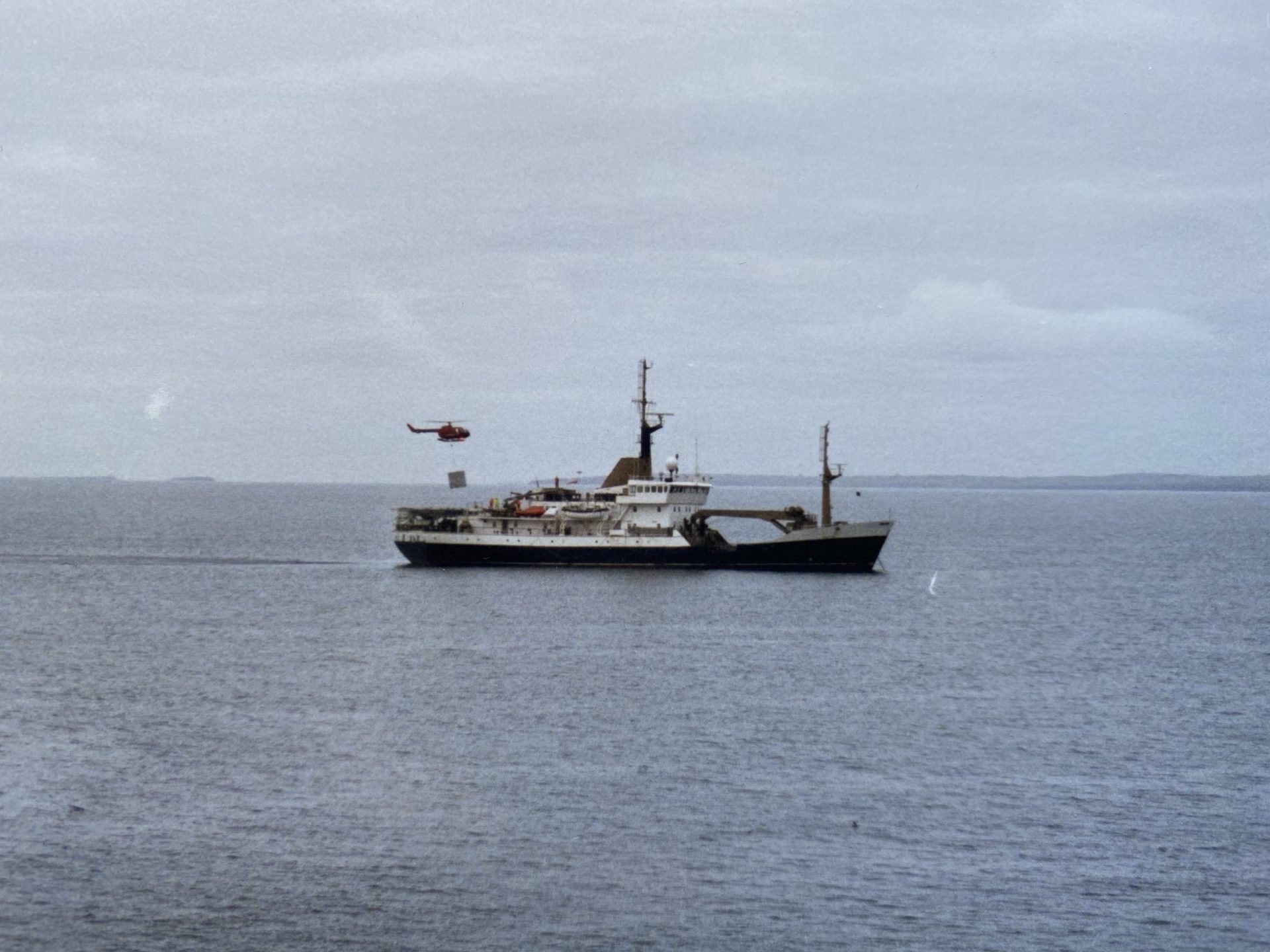 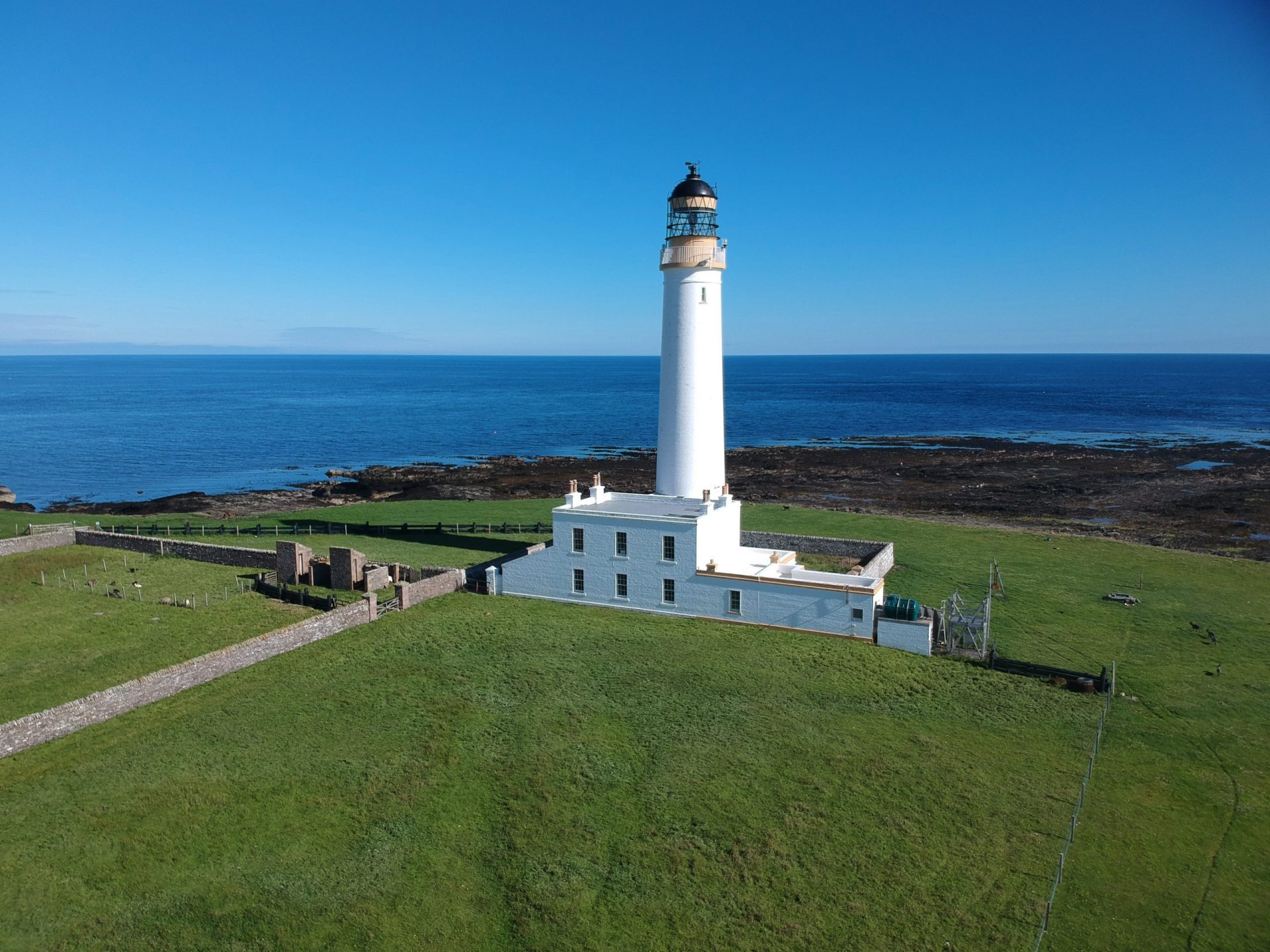 Every time they visited, which was usually only once or twice a year, I would spend all day watching every move the helicopter made. I just couldn’t get enough of it. I loved watching the way the pilot maneuvered it around the tower, getting the underslung load as close to the work site as possible. Then, once the marshaller gave the signal, he’d release the load from the belly hook and fly back to the ship for the next one. Sometimes there was a swell and you could see him having to judge his approach to the ships deck so as not to injure the hooker whose job it was to duck under the belly of the hovering helicopter and clip on the load sling. When it was time for a break, the pilot would usually land on the ship and re fuel, but occasionally they would shut down on the island for a chat. I was sometimes allowed to have a look around the machine as it sat there on the grass. 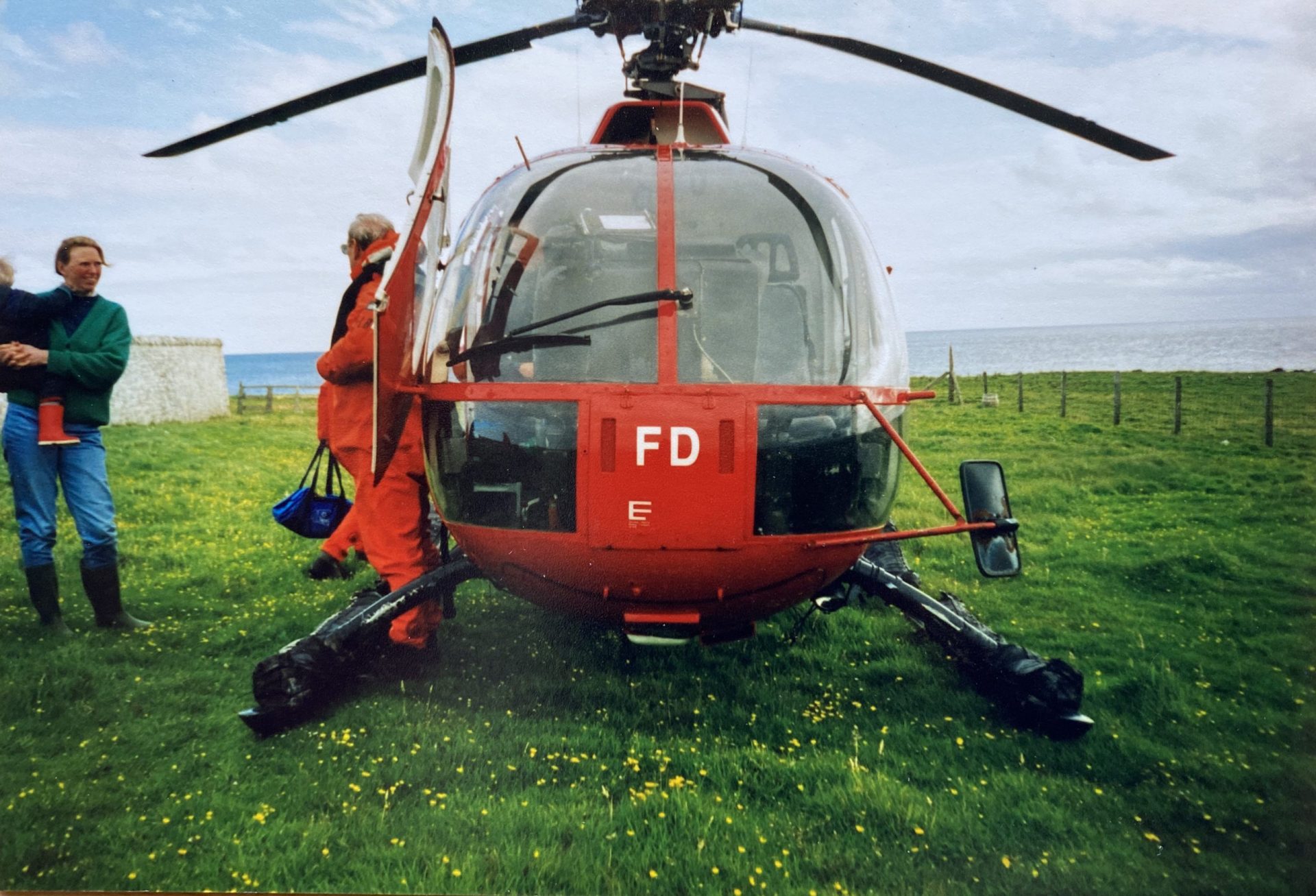 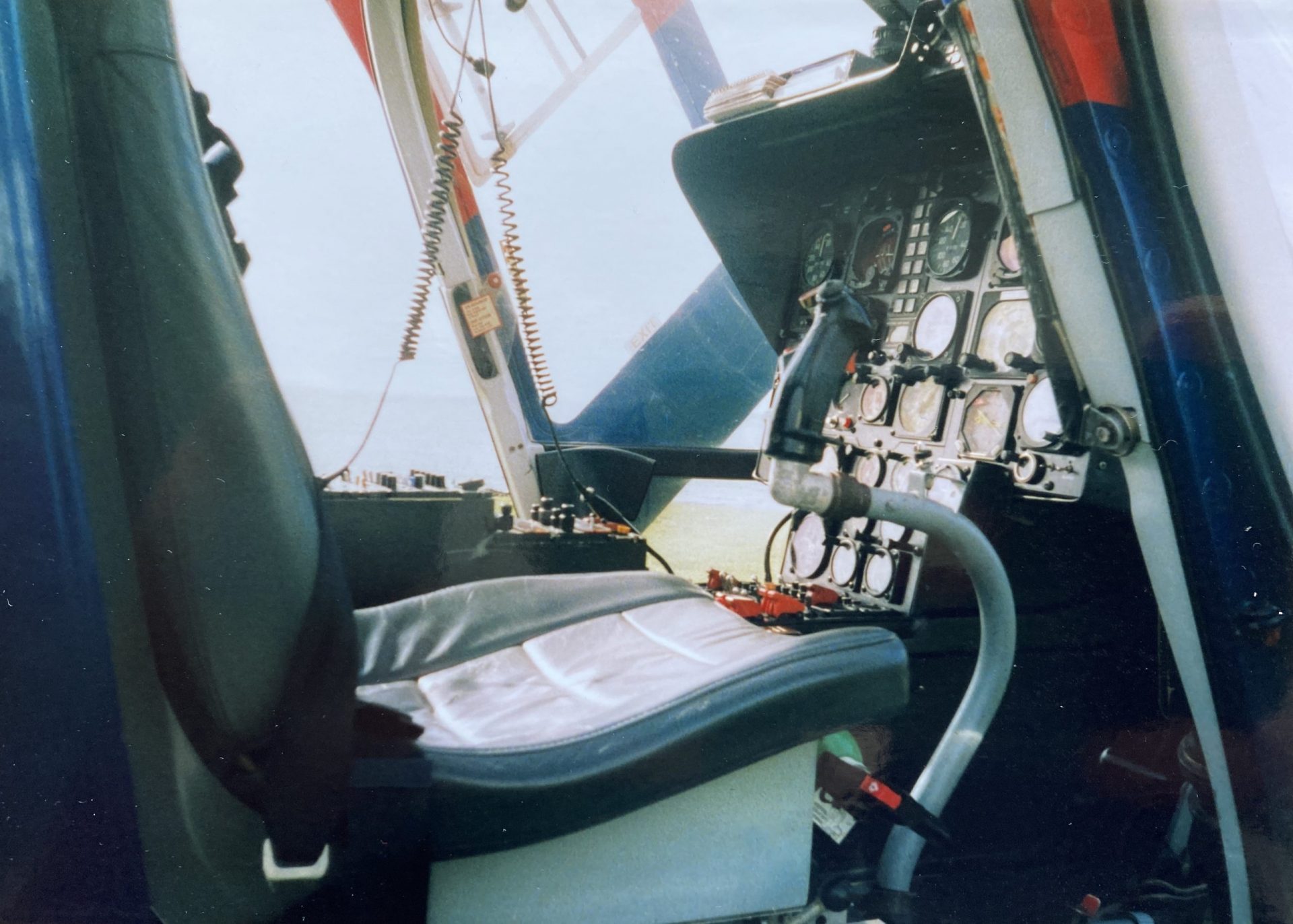 During one of these island tea breaks, the pilots offered to let me sit in the cockpit but despite the aircraft being shut down I declined the offer. Although I was hugely curious about all the dials, levers and switches, I was convinced that this machine was capable of taking off with me helplessly sitting in it. Daft I know, but as far as I was concerned as a 6 year old – this thing was magic.

The lighthouse board don’t use the BO-105 anymore as the technology has been replaced by the more modern EC-135 T2+. This is a video I shot many years ago on my first camcorder so please excuse the quality. However, it does show the kind of work the helicopter was doing all those years ago when I first stood and watched.

I talk about my passion for flying and take a quick trip around the island in a friend’s aeroplane on the Rory On Air video below. You can find out more about my progress on the pilot page of my website.

The modern EC-135 carrying out underslung load work at Auskerry Lighthouse while my parents repair the roof. 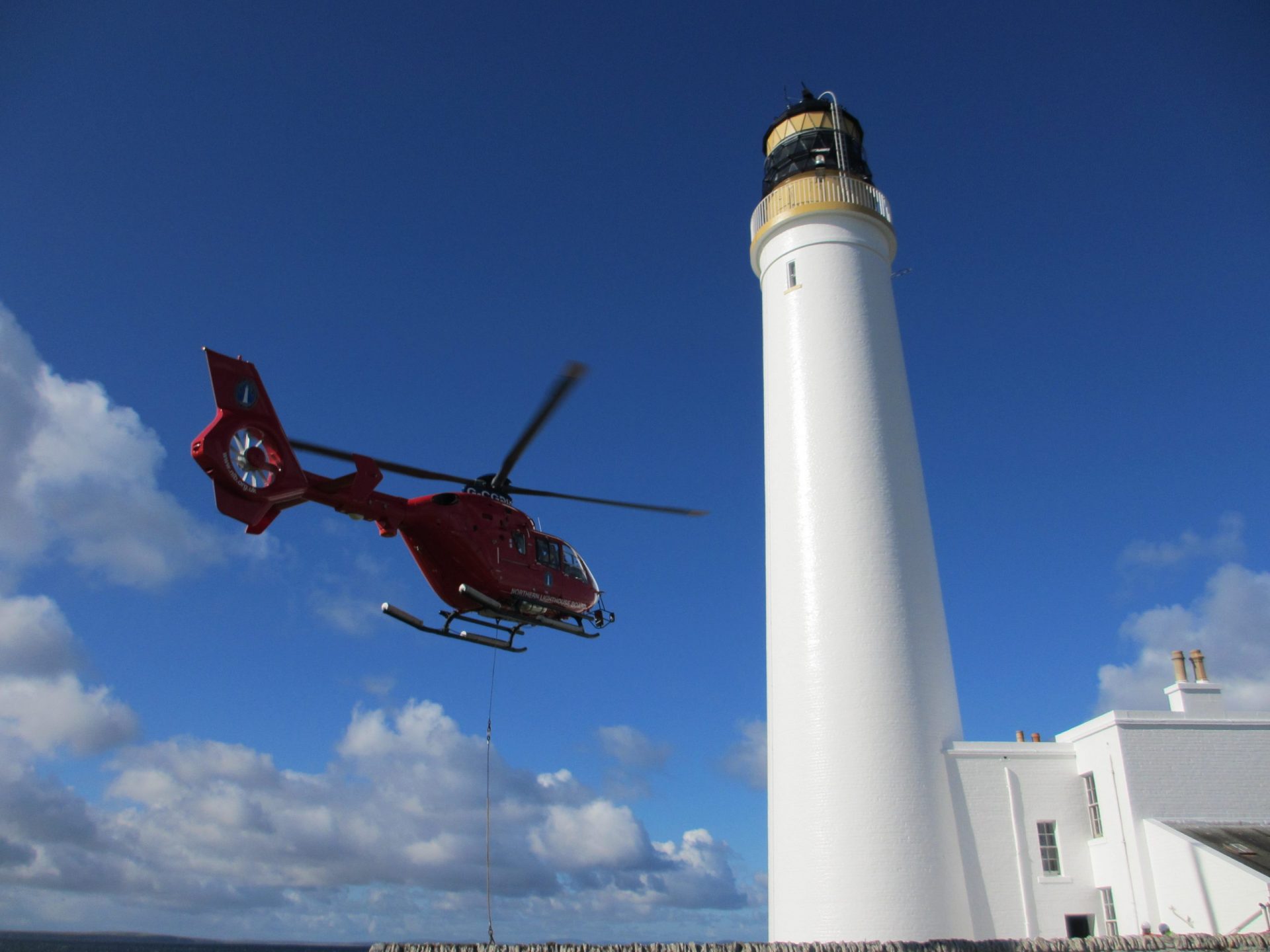 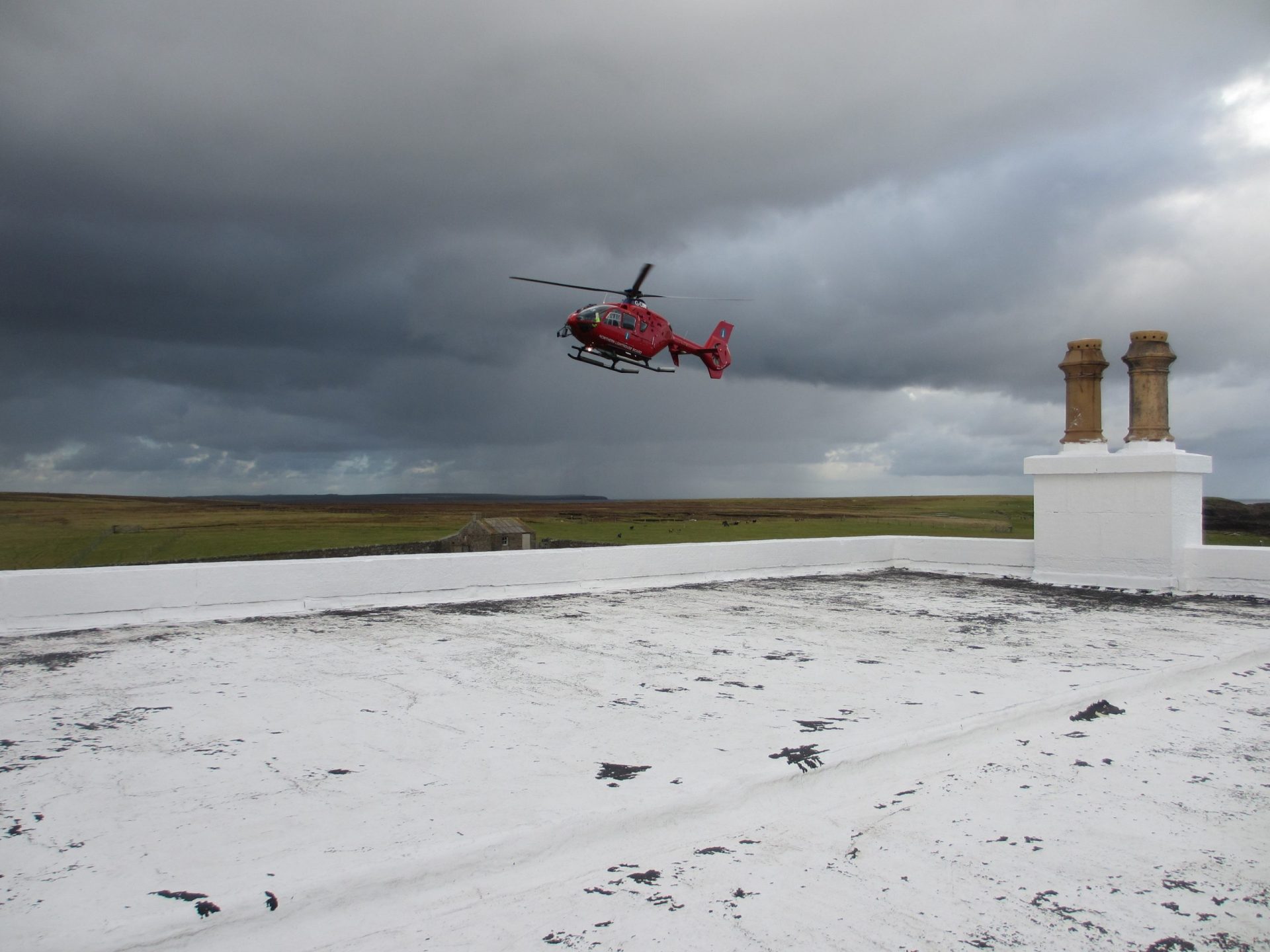 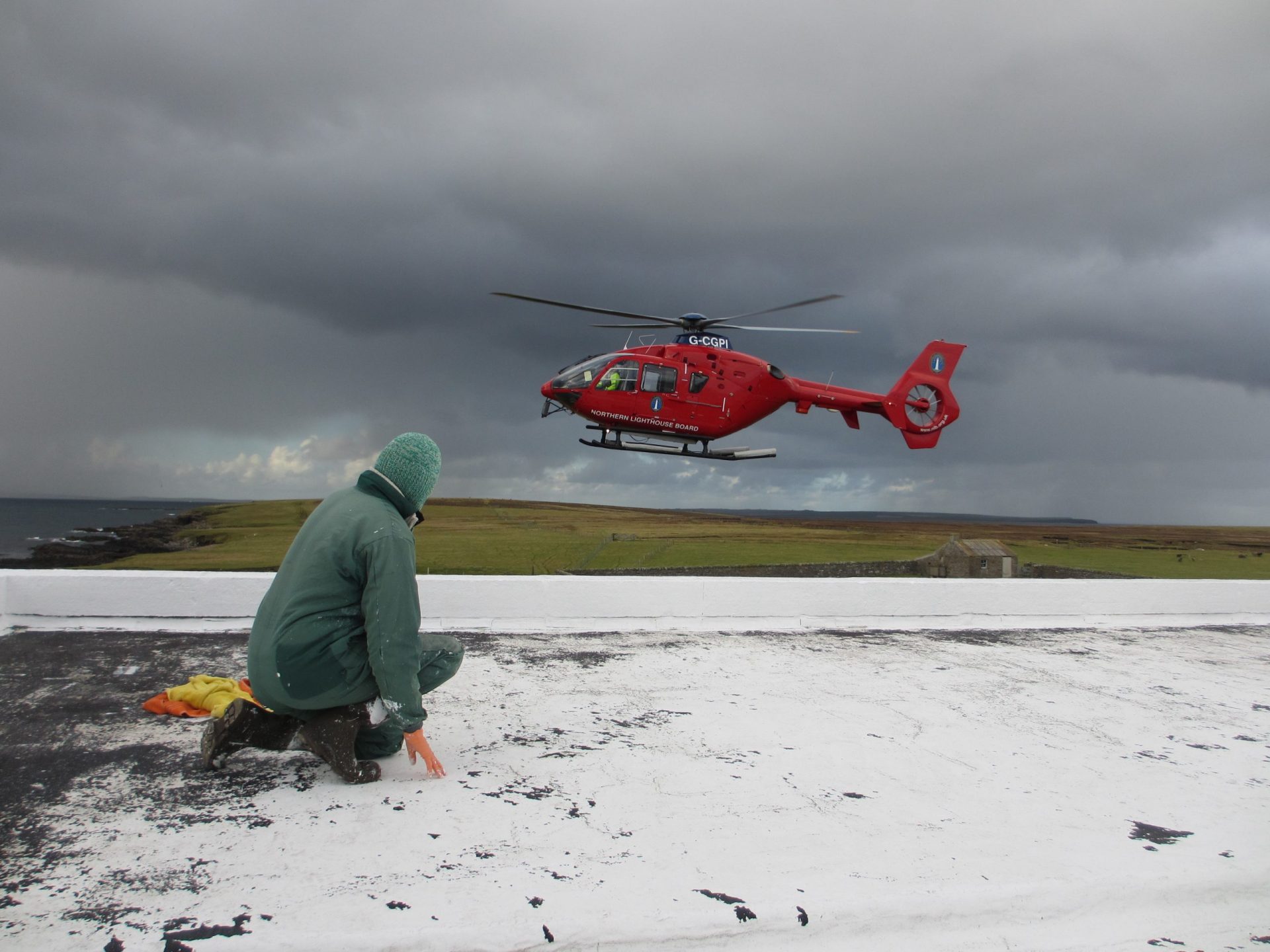